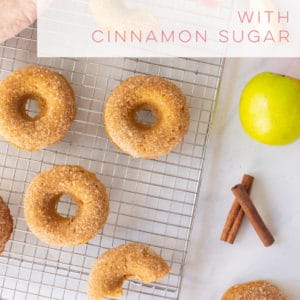 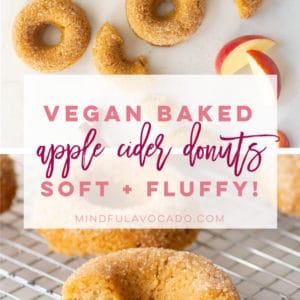 Soft fluffy vegan donuts covered in sweet and crunchy cinnamon sugar is the PERFECT Fall treat! This vegan apple cider donuts recipe is the best way to start your day. 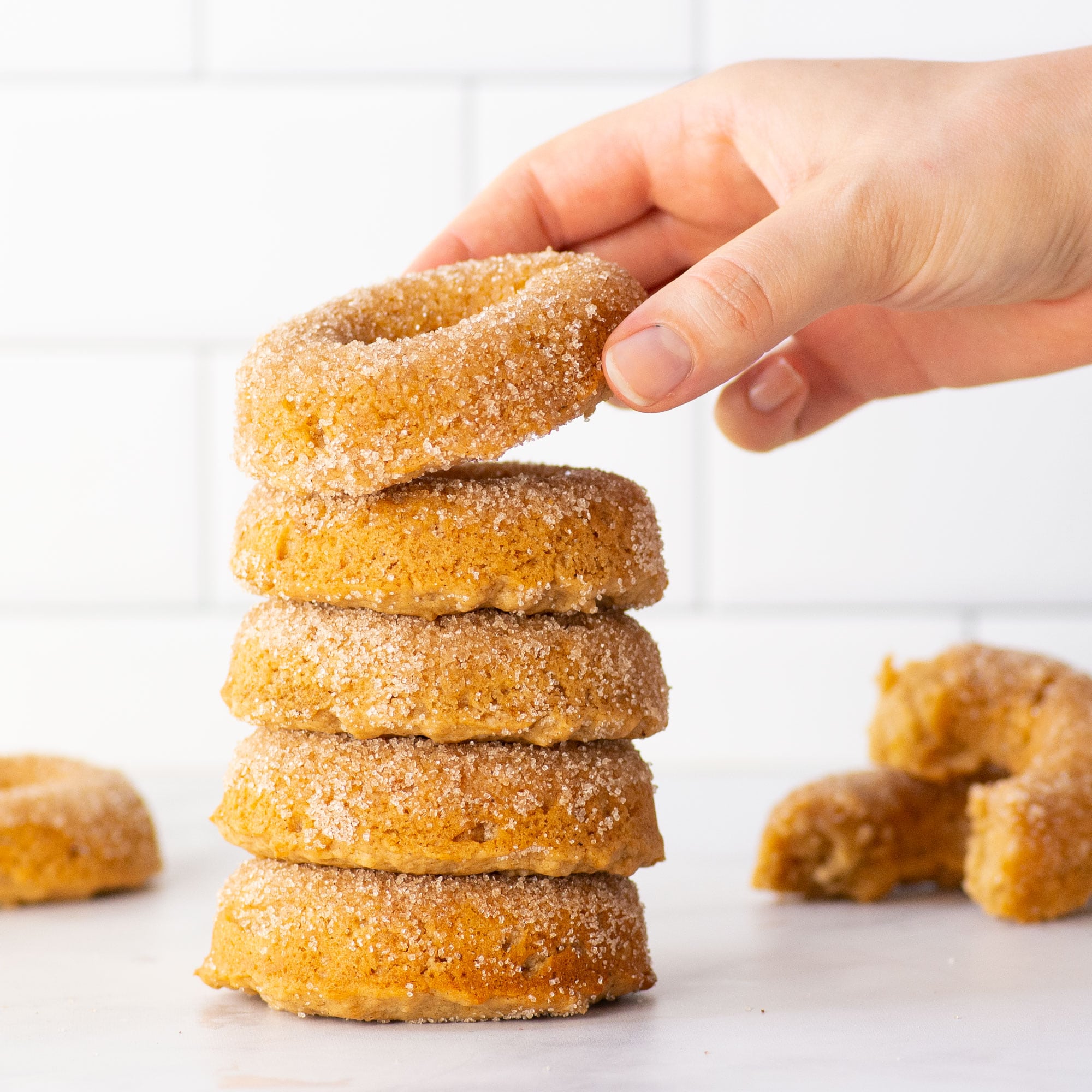 Is there anything that screams Fall more than apple cider donuts?!

They are quintessential to my Fall diet and the best part is they are vegan!

Apple is one of my favorite Fall ingredients for desserts. From baked apples to even apple spice granola, it’s a for sure winner.

What makes this vegan apple cider donut recipe so good: 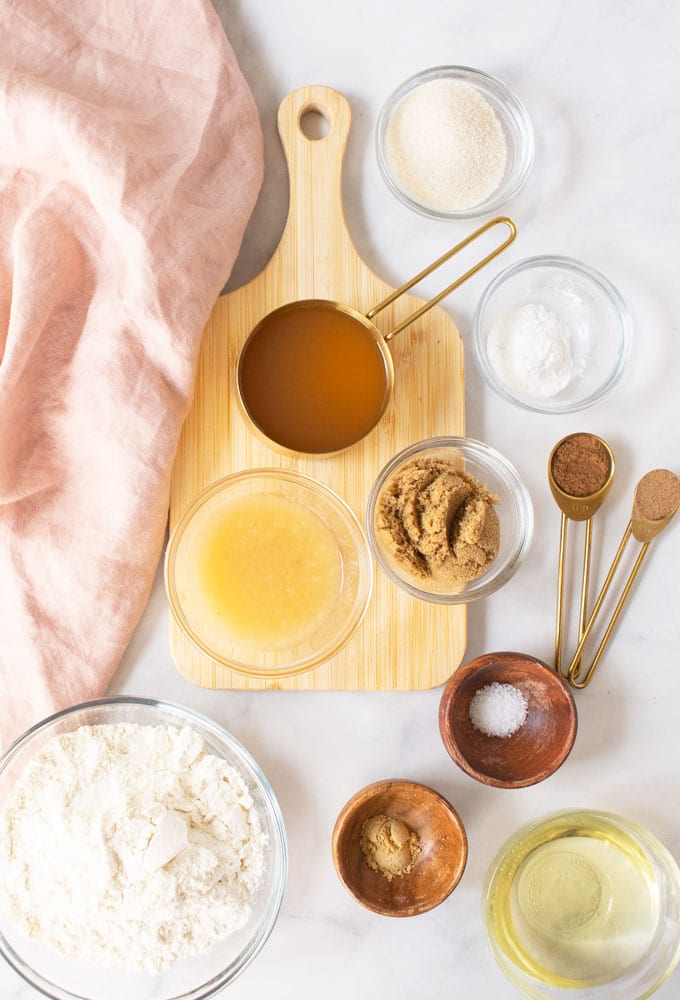 With most of the ingredients being pantry essentials, it is rather easy to whip up a batch of these vegan donuts! 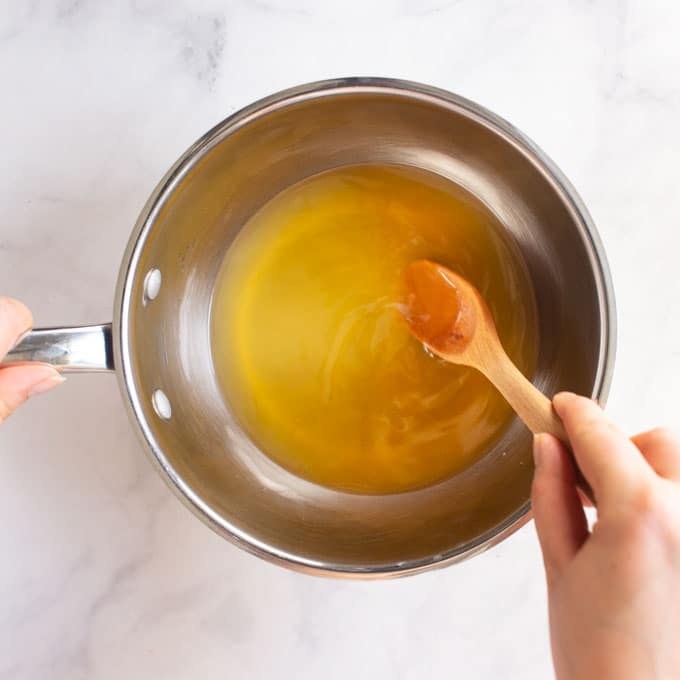 Start by reducing the apple cider. I tested to see if this step is crucial and I’m here to say it is. Cooking down the apple cider enhances the flavors and carries it through the donuts. Without it, the donuts don’t have much of an apple flavor.

Reduce apple cider by cooking it down on low heat until it reduces by half. Let cool in a separate container before using for the donut recipe. 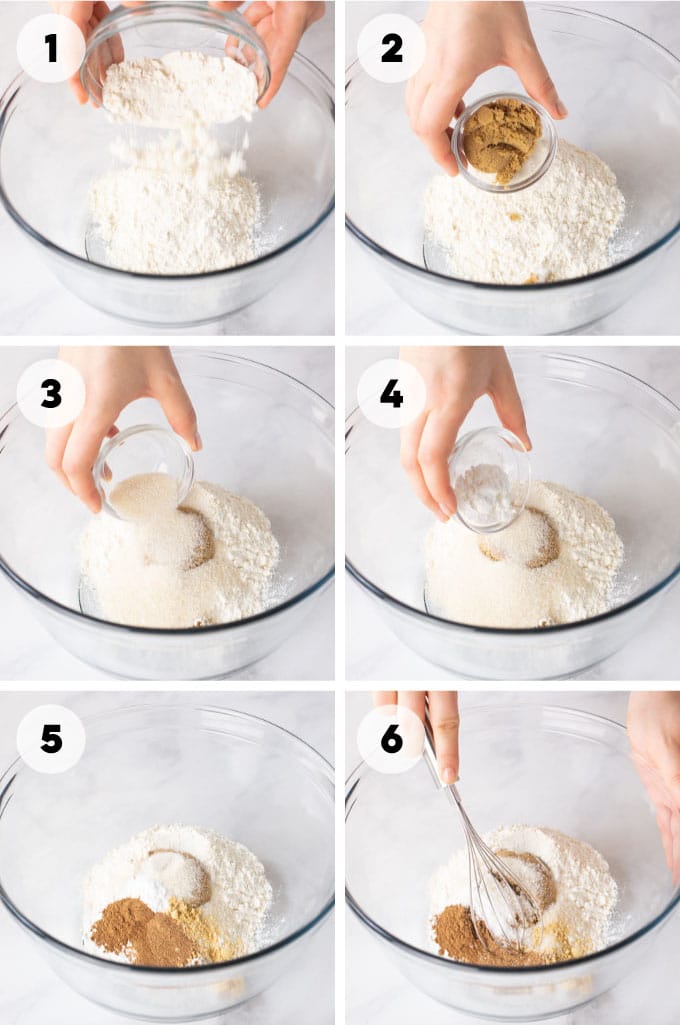 While the apple cider is cooling down, whisk together all the ingredients in a large mixing bowl. Flour, sugars, spices, salt, and baking powder are combined. 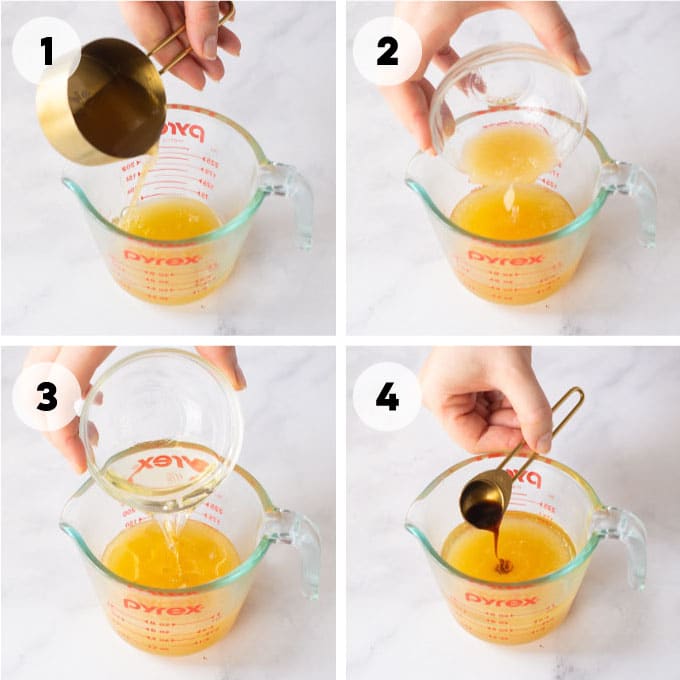 Tip: Apple sauce acts as an oil replacement in vegan baking. You can substitute with more coconut oil if desired. 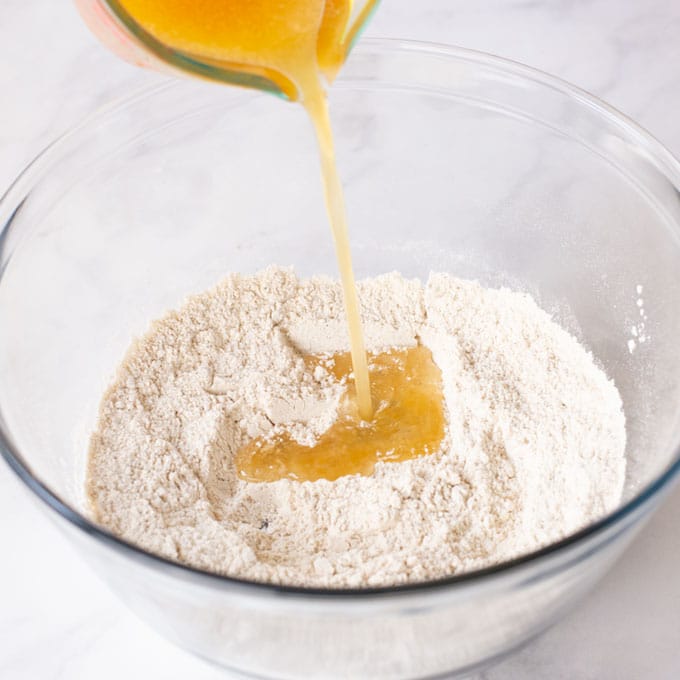 Mix the wet with the dry and mix using a rubber spatula until just combined. The batter will be thick, lumpy, and have “bubbles”. This is due to the chemical reaction between the apple cider and baking powder! 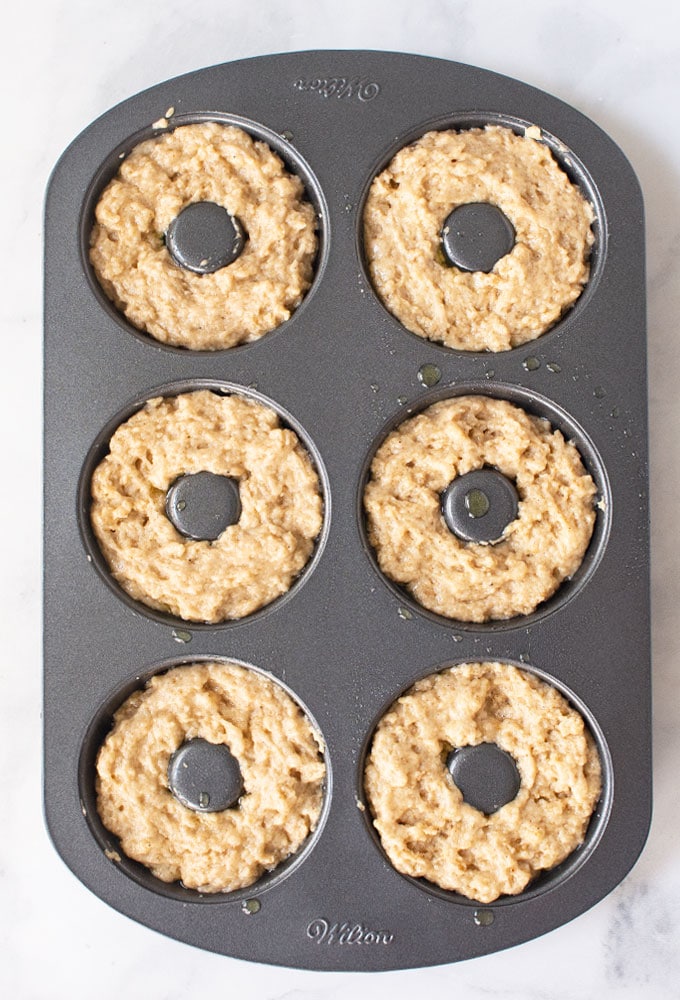 Transfer to a greased donut pan and fill almost to the top. Bake for 10 minutes.

After the donuts are slightly cooled, brush with melted vegan butter or coconut oil and roll in cinnamon sugar mixture. 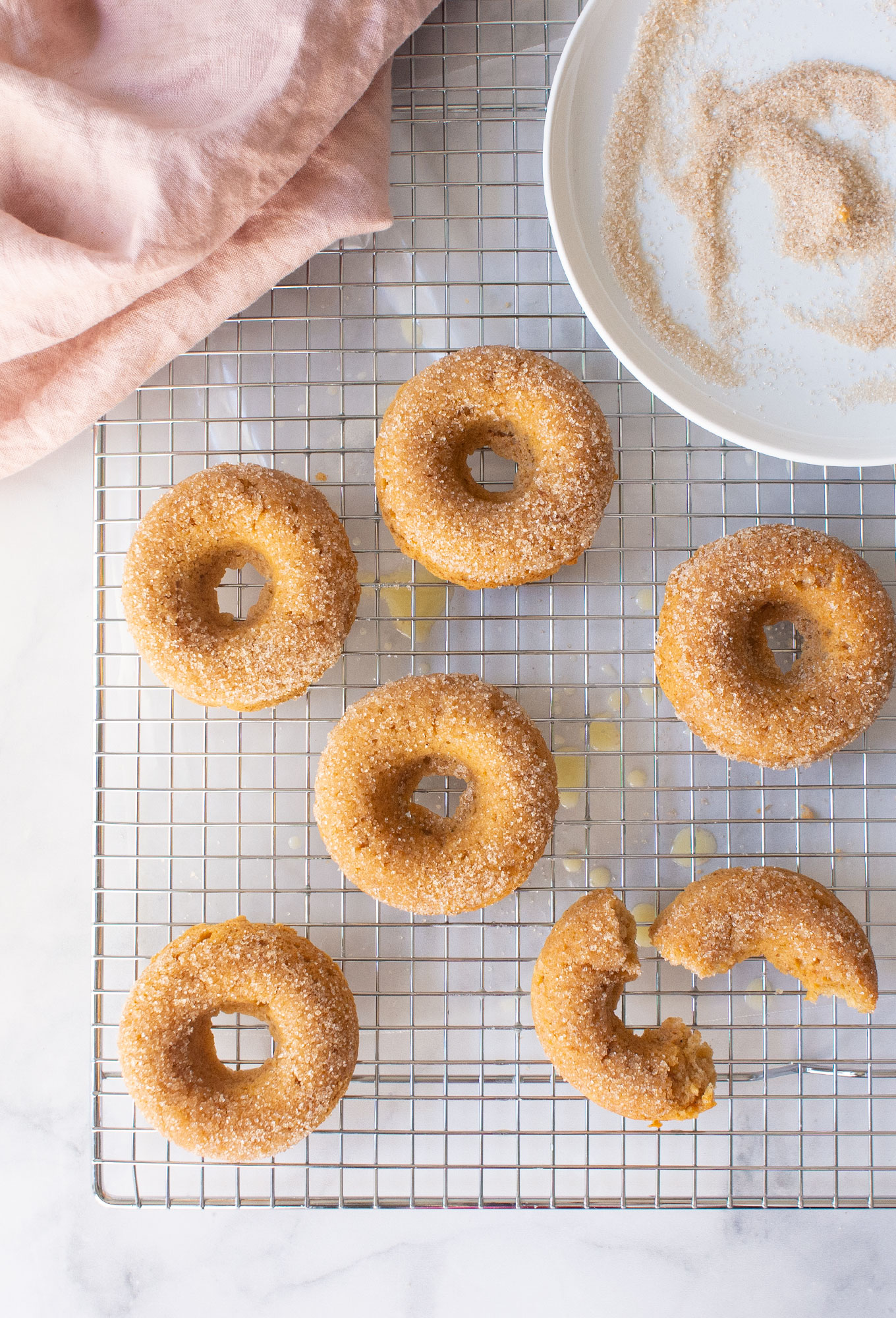 How do you heat up apple cider donuts?

Keep leftovers in the fridge and when ready to eat, microwave for about 15 seconds. they will be nice and warm and ready to be devoured! 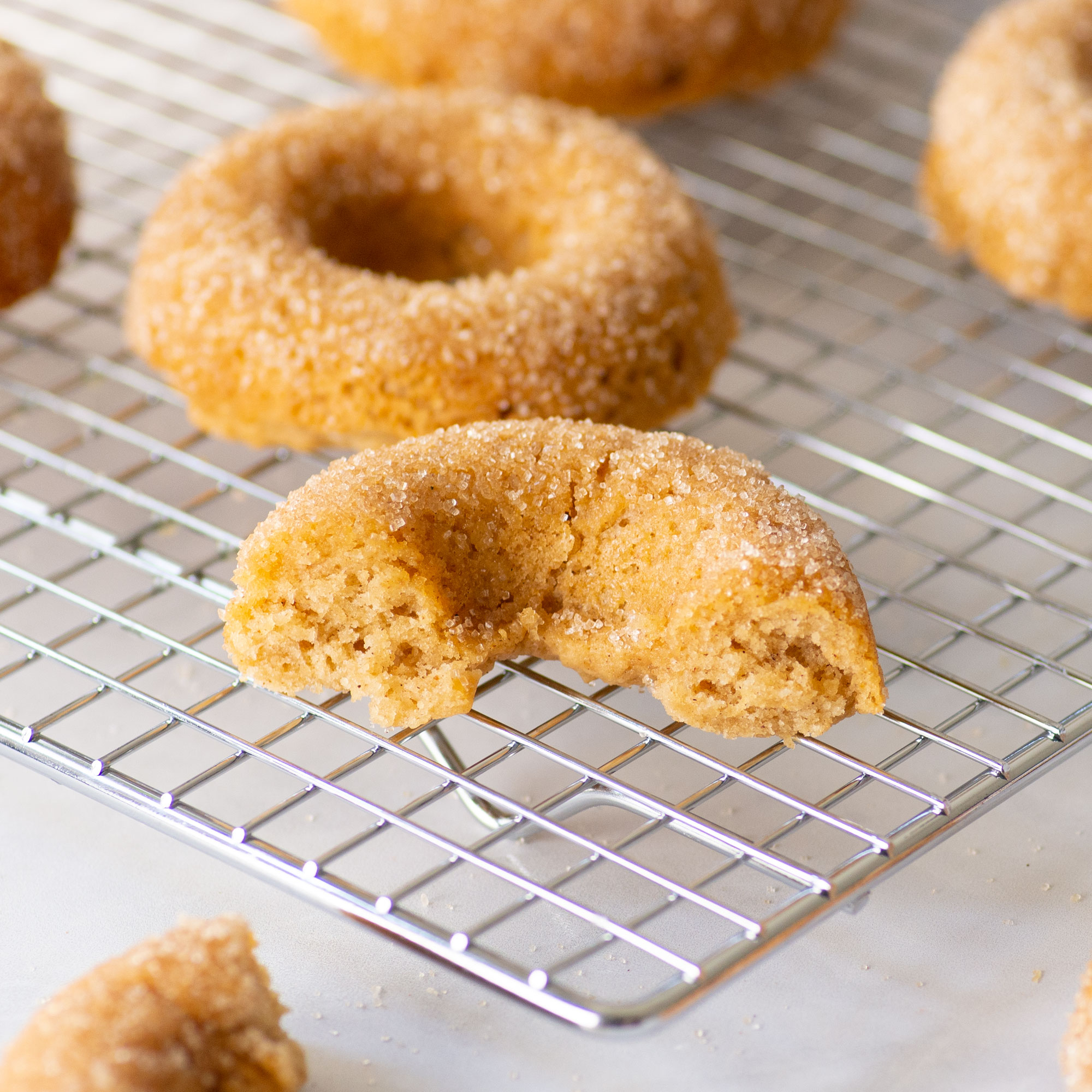 Can you freeze apple cider donuts?

Yes, this recipe will freeze beautifully! Simply microwave when ready to eat. I recommend microwaving for 30 seconds and testing warmness from there. 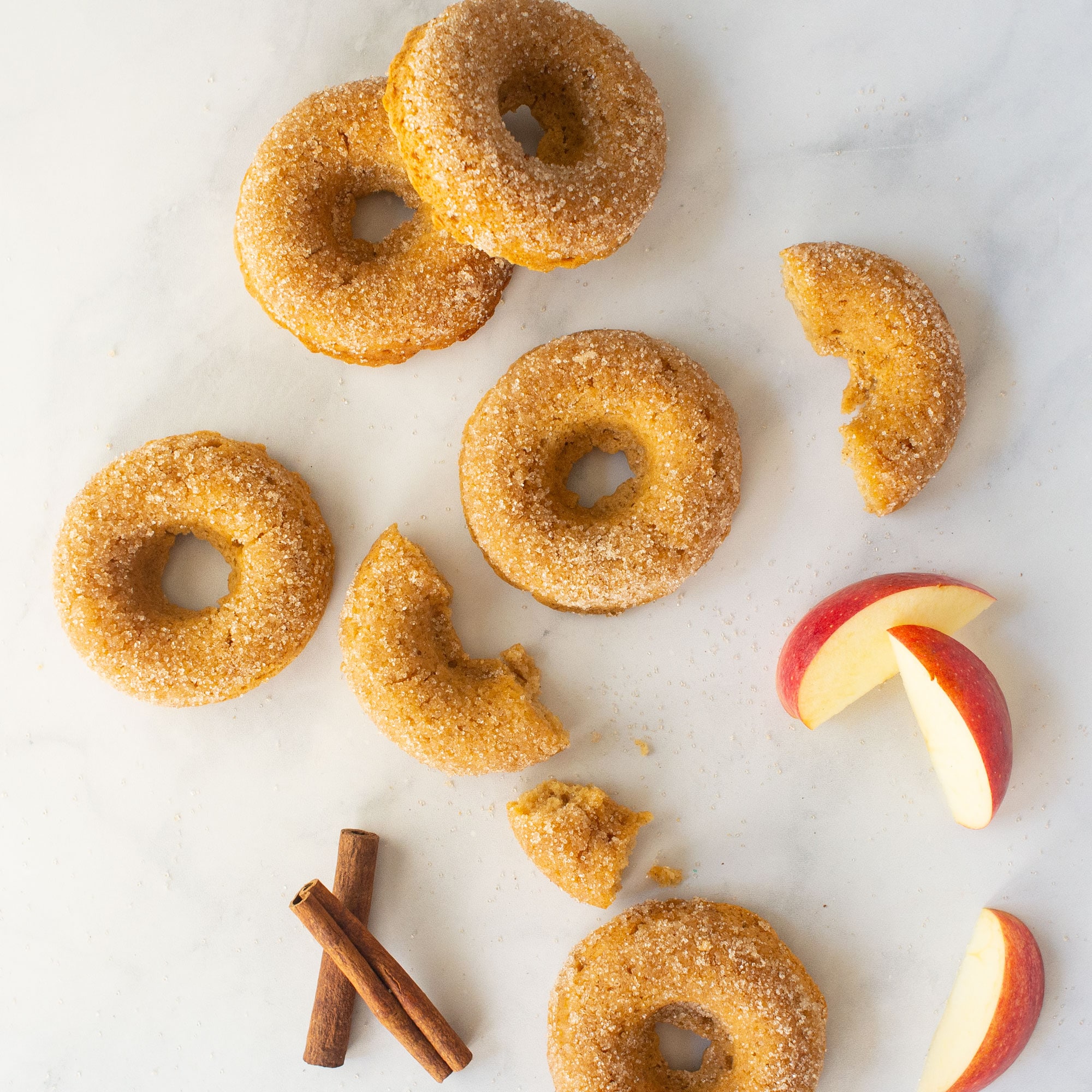 If you tried this vegan pear galette let me know in the comments below and share a photo using #mindfulavocado. I’d love to hear from you! Want to see more recipes? Let’s get social! CONNECT WITH ME on Facebook, Twitter, Instagram, or Pinterest to see what I’m currently cooking up! 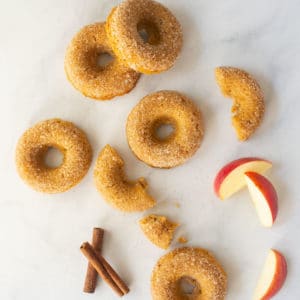