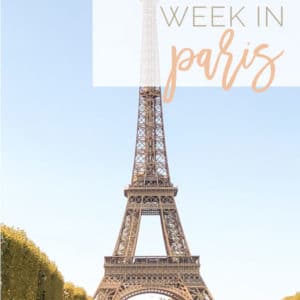 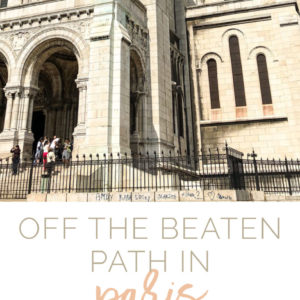 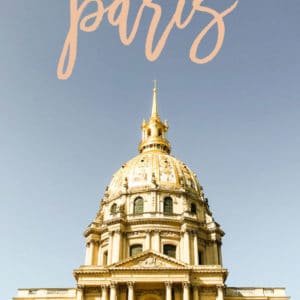 Ahhh Paris, the City of Love! A place I’ve dreamed about since I was little, it’s now a reality. Check out what I’ve done in the first week à Paris! 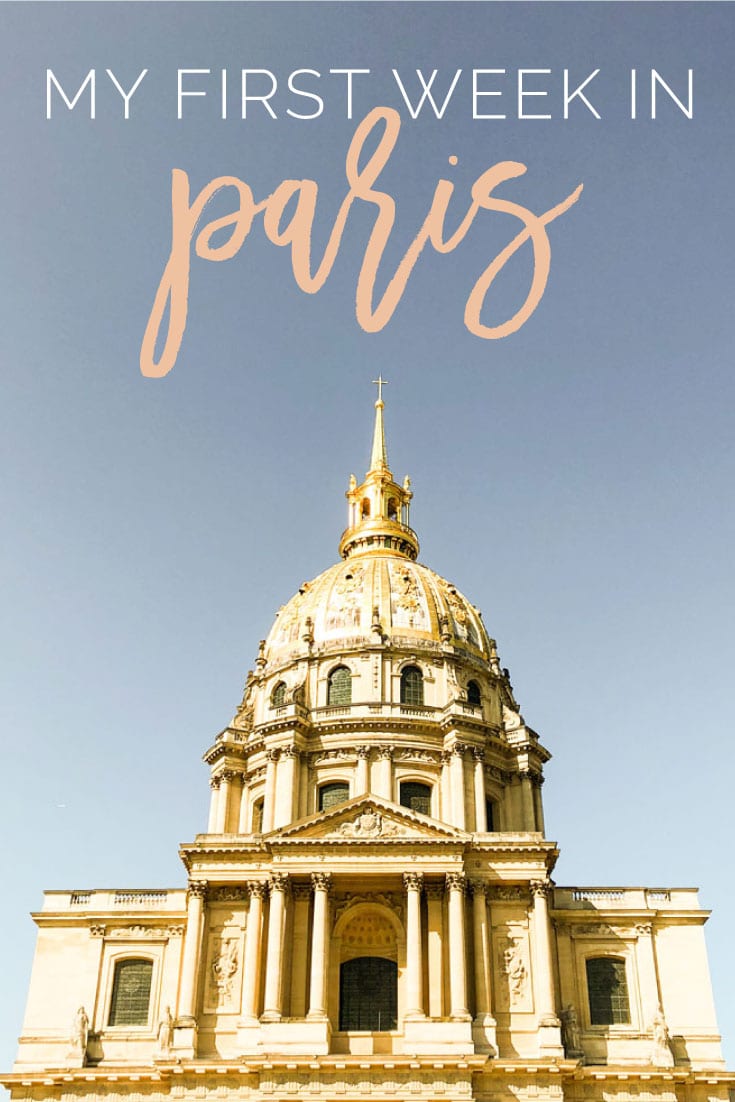 Note: All these pics were taken with my iPhone and I used these apps to edit them!

So I’ll let you in on a little confession – I did zero-to-none research on Paris before I arrives. Partially because I was slammed with photoshoots, blog work, etc. but also I figured I would be more inspired once I arrived!

I didn’t even know the neighborhood I was living in. No joke.

Let me tell you, I was in for a real surprised when I arrived at my apartment. It’s seriously in the CUTEST neighborhood in Paris (in my one week biased opinion okay?!) I’ve spent a majority of my time wandering the neighborhood and it’s just filled with cute shops, boulangeries (bakeries), and cobblestones. Quite quaint to say the least.

I’m staying in the Montmartre which is the 18th arrondissement in Paris. (In case you didn’t know, Paris is made up of 20 arrondissements or sections, and is starts from the center of Paris and snails around to the outskirts! Yes, Paris is organized as a giant snail) 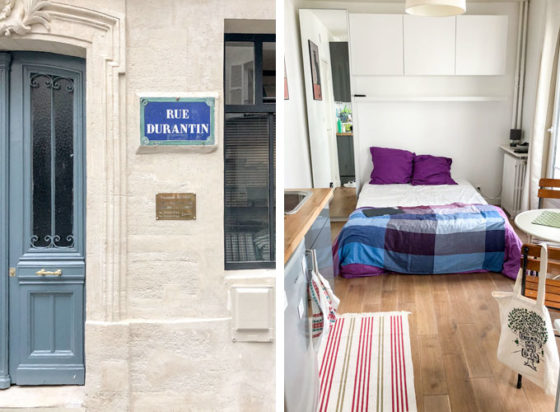 Left: My street, Right: My apartment

The Montmartre neighborhood is right off the Abbesses Metro Stop and it is rich with culture. There’s so many things to see in this area of Pairs! What I enjoy most is yes, it’s slightly touristy, but it’s mostly Parisans so you get that local feel.

Things to do in Montmartre:

Some of the well known things to do and see in this area are:

But the neighborhood is packed with restaurants, boutiques, and life! You’ll never get bored people watching here. 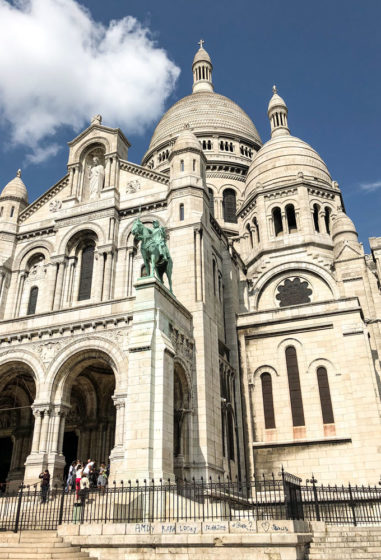 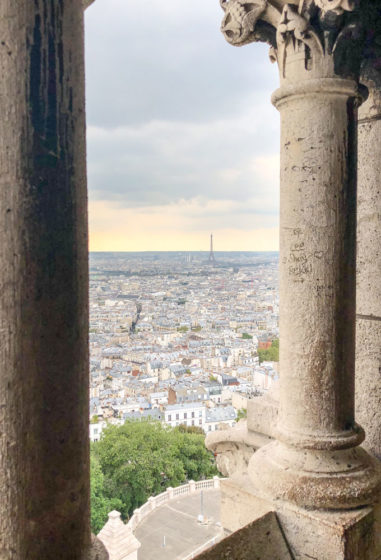 View from top of Sacre Cœur 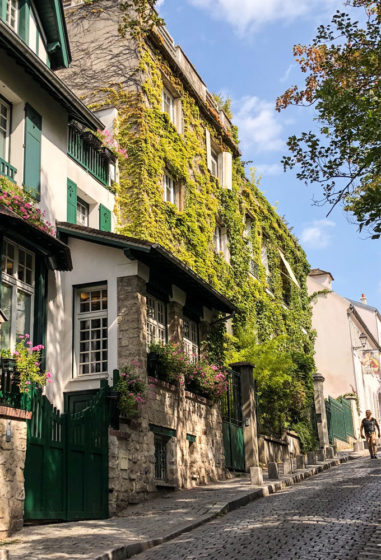 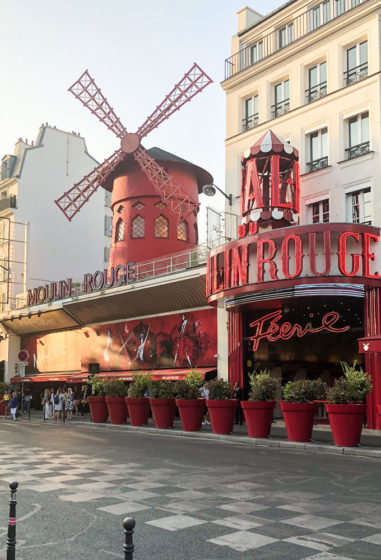 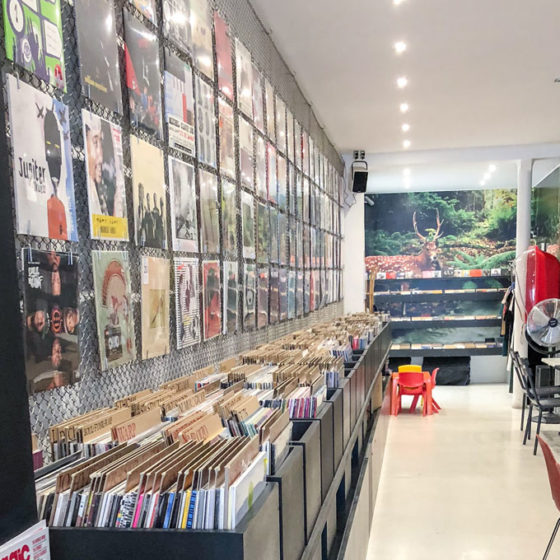 Okay, so while I run a plant-based food blog and eat mostly vegan, I am actually vegetarian. Also, since I have a tiny kitchen in my apartment, I’ve been able to cook a lot of food here. If you plan on staying in Paris for an extended period of time, I highly recommend this route because restaurants are quite expensive!

We can’t talk about Parisian food without talking about CROISSANTS. I discovered a place by my apartment called Pain Pain and it’s like next level you’ve-never-eaten-anything-this-good-in-your-life good. I mean, it’s truly unreal! So far I’ve tried the pain au chocolate, plain croissant, chocolate eclair, and fresh baguettes and so far nothing has disappointed. 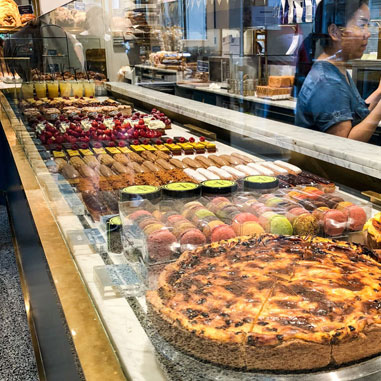 The pastry case at Pain Pain. Is that not heaven or what? 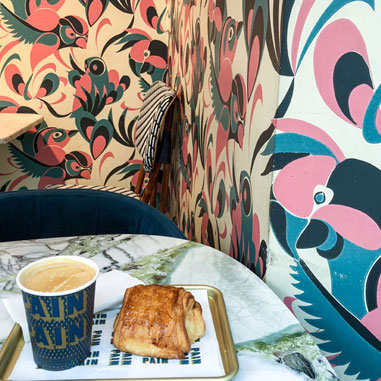 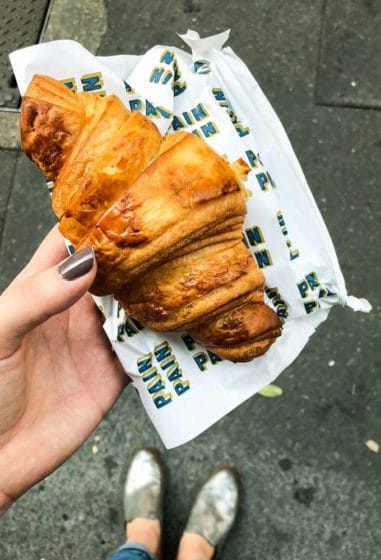 The croissant – I’m telling you, this is NEXT LEVEL

Basically any bakery here you can’t go wrong. Let your nose make the decision for you! 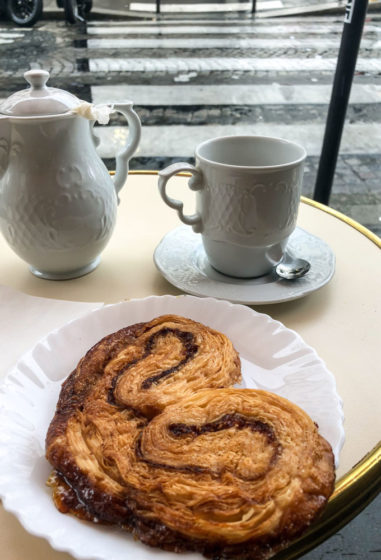 Palmier and tea at La Bossue

Where to get groceries:

I love having my own space to make food. What I love about grocery stores here is they note the origin of all the produce! This is super helpful for those who like to shop local.

Carrefour: This grocery store is about an 8 minute walk from my apartment. They carry all my essentials and it’s pretty reasonably priced. I can get food for myself for a week for around 30 euros (not to mention wine is like 3.50 euros a bottle!!)

Naturlia: This is a smaller, health food store but they have some more specialty heath foods that are more up my alley and a pretty decent bulk section. I bought non-processed Nutella from here!

Cœur de Nature: A little further of a walk but again, a health food store with a big selection. Their bulk and produce section was legit! 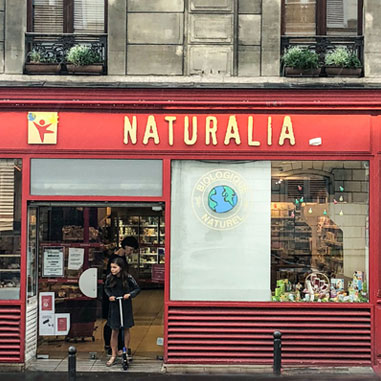 Naturalia is about a 7 minute walk from my apartment 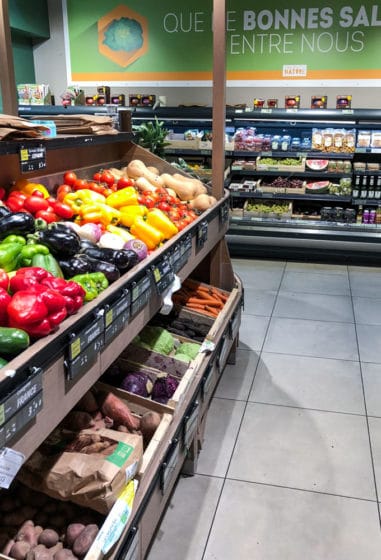 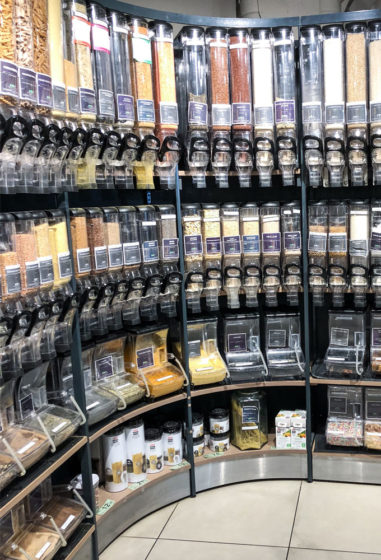 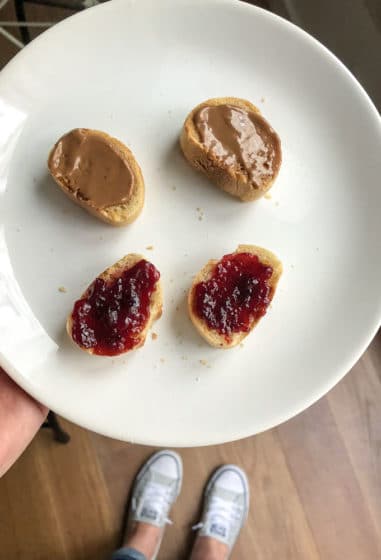 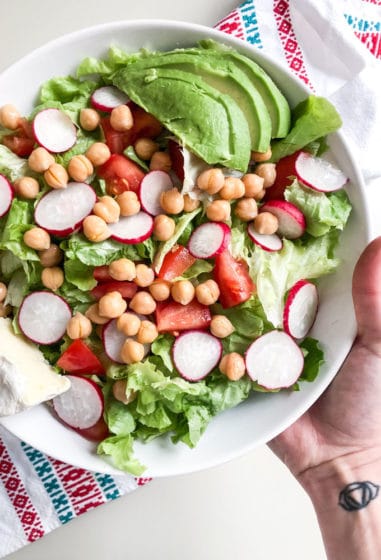 After spending time exploring on foot, I got a monthly metro card pass so I could spread my wings a wee bit!

Paris is known for having some pretty large flea markets (some say the biggest in the world!) I went to Marché aux Puces de St-Ouen (marché aux puces meaning flea market in French) which is in the 18th arr. It’s a quick metro ride from my apartment.

The flea market was very massive, but it was also filled with vendors selling knock-off Nikes and clothes. Other vendors were selling what was also just junk. What I enjoyed most was looking at the places that had really nice, yet really expensive antiques! It was fun just looking around at those. 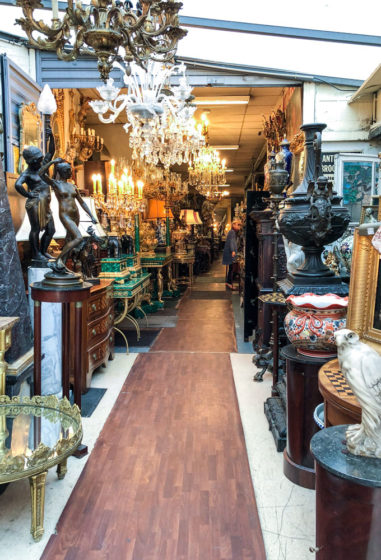 It’s important to note if you are visiting Paris in August, a lot of the vendors close for vacation!

Hank Pizza: Located in the 3rd arr (again, quick metro ride from my apt) this place is an entirely vegan pizza joint. Being a fellow plant-based foodie, I had to scope this spot out!

I will definitely be coming back here before my trip is over! The food was phenomenal and the vibe was awesome. For 5 euros you can get a slice and it’s a pretty large portion! 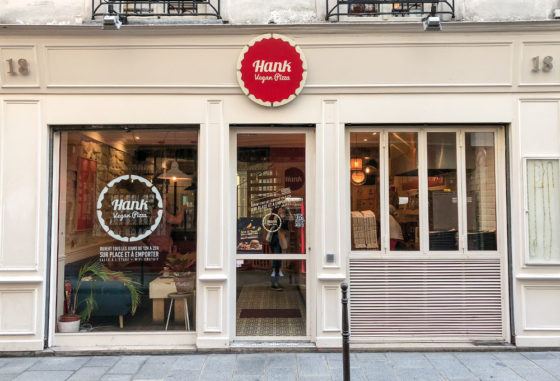 Outside of Hank Pizza 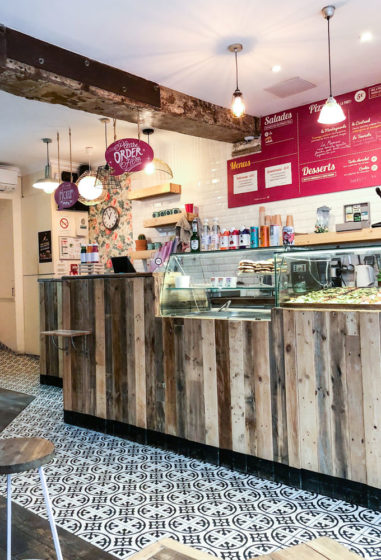 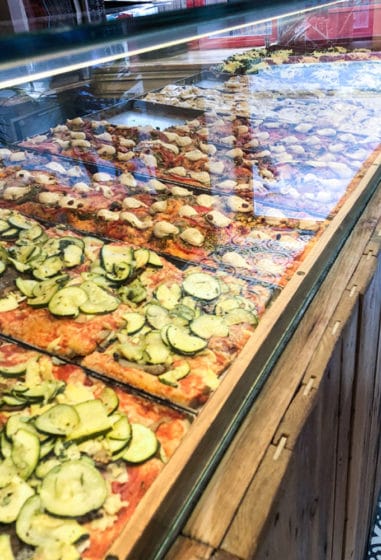 Pizza counter – it was so hard making up my mind! 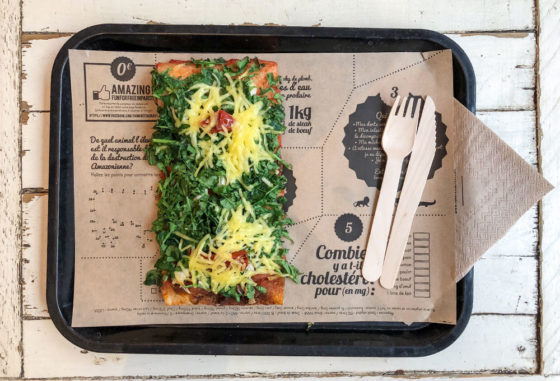 I ended up choosing the special. Spinach, “ricotta”, and sun dried tomatoes!

Picasso Museum: Close to Hank Pizza and it was FREE ninety-nine because it was the first Sunday of the month! SCORE!

Tip: I would skip the audio at this museum. There was a lot of information throughout the museum translated in English! 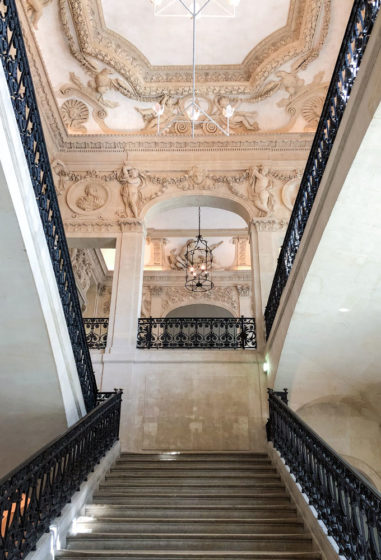 Rodin Museum: I thought I would score another free museum entry so I took the metro to the 7th arr BUT this one didn’t participate because it exempts Summer months (boo)

Honestly, I could have passed on this museum. Again the building and the gardens are beautiful but the statues get pretty redundant. That’s just my humble opinion though!

I did however, get to see this famous guy: 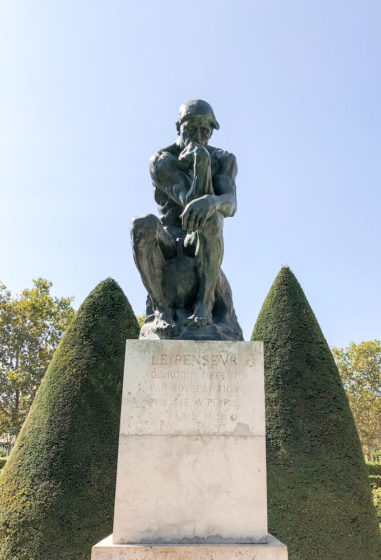 The Thinker at the Rodin Museum

Once I left the Rodin Museum, I was only a 20 minute walk from the Eiffel Tower so I had to see it up close! 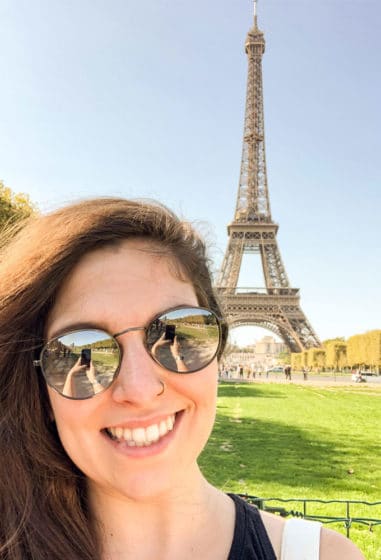 Aint she a beaut? The tower, I mean lol. Okay, me too. 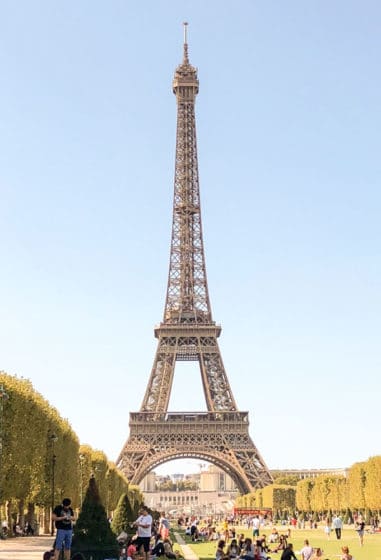 That’s a wrap for week 1! The plan is to stay in Paris for a month so I plan to explore more, eat more vegan food, and croissants. ALLLL the croissants.

Have you been to Paris? What are some of your favorite hidden treasures! Let me know in the comments below!