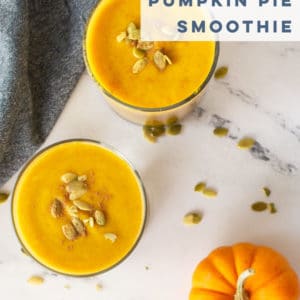 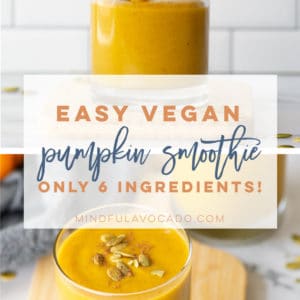 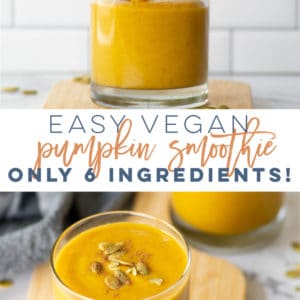 A vegan pumpkin smoothie that tastes like Fall in a cup! Real pumpkin puree paired with maple syrup, vanilla, and pumpkin pie spices. With a smoothie this comforting, it’s hard to believe its healthy! 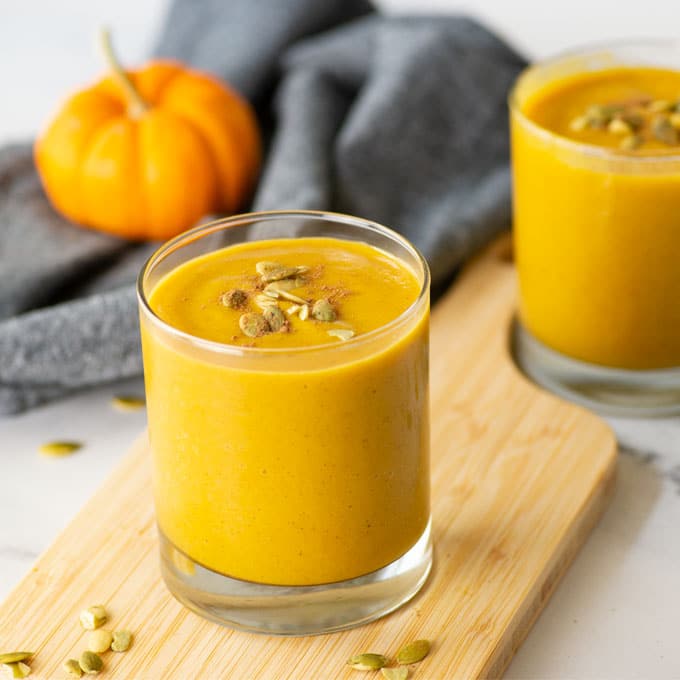 Pumpkin is the special ingredient that has crept into any Fall recipes. From almond butter, oatmeal, pumpkin bread, and even ice cream, you can say it’s a favorite of mine (call me basic!)

It was only a matter of time until I came up with my own pumpkin smoothie.

This pumpkin smoothie is super easy to make (only 6 ingredients to be exact!) and includes a veggie that gives this smoothie recipe the perfect consistency. 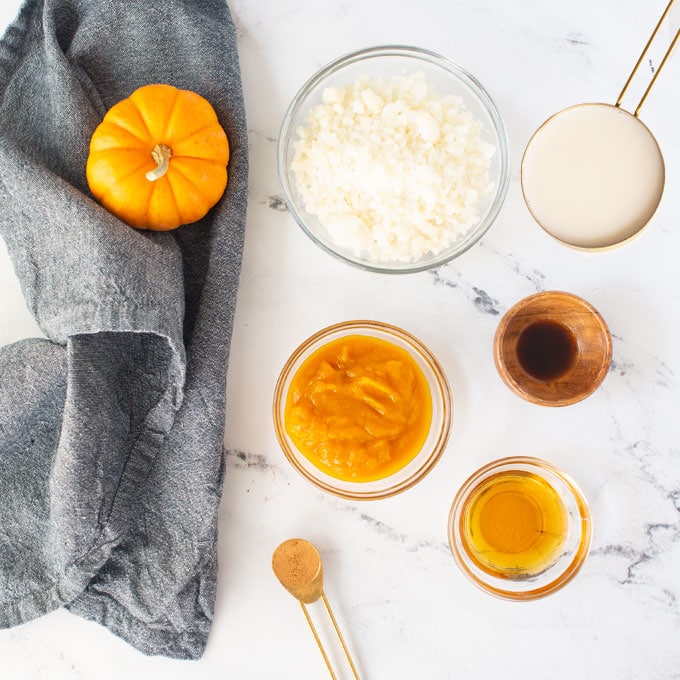 Ingredients for a Vegan Pumpkin Smoothie

Cauliflower in a smoothie?! Don’t knock it until you try it! Cauliflower makes this smooth thick and creamy and you can’t even taste it. Sneaking veggies into smoothies is always an added bonus in my book. 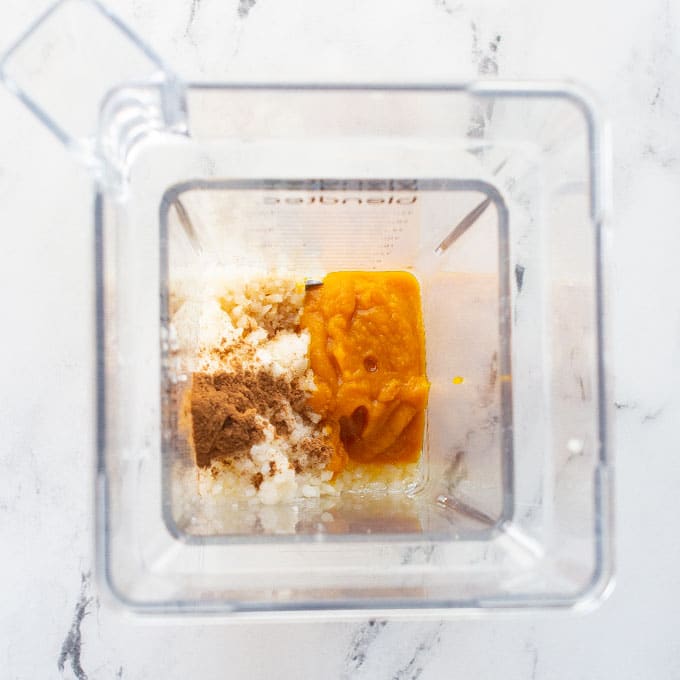 How to make a vegan pumpkin smoothie 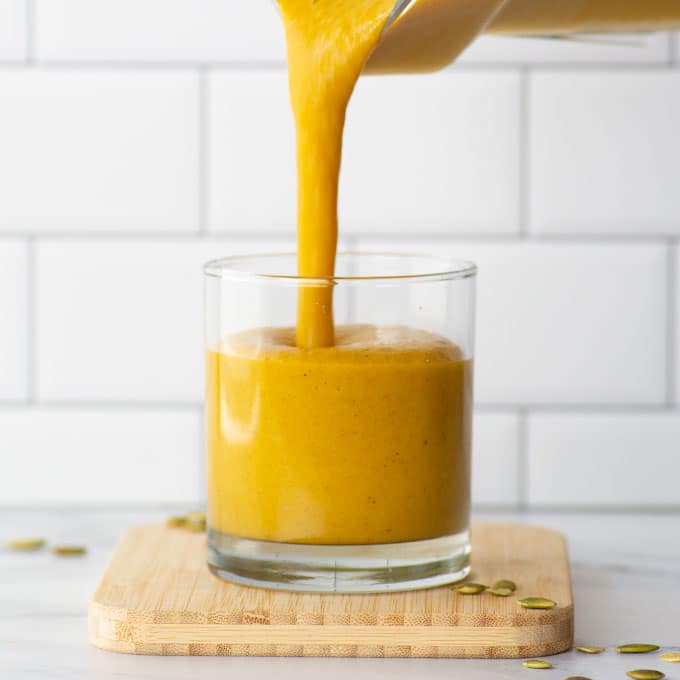 Once blended, you’re left with liquid gold! This thick and creamy smoothie tastes like the inside of a pumpkin pie. 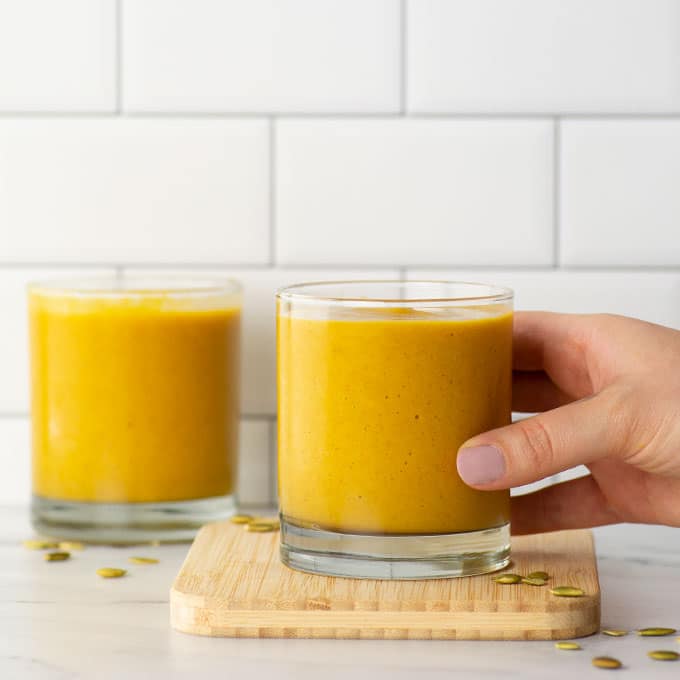 Add-ins for a Pumpkin Pie Smoothie

To give this smoothie recipe a little more umf, here’s some optional add-in ideas: 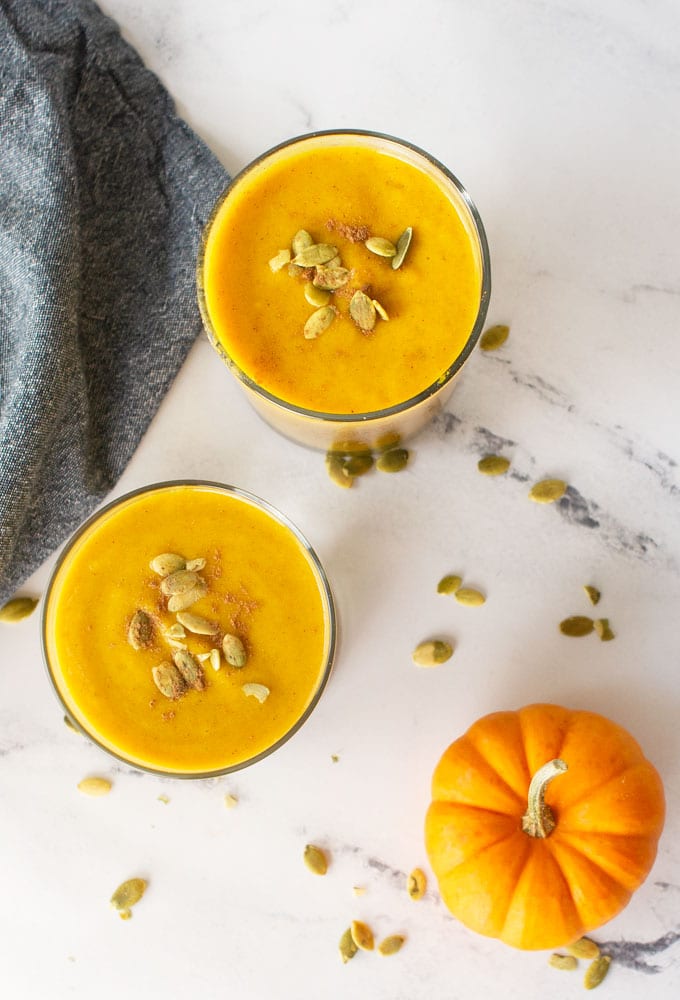 This smoothie is best served fresh. You can make ahead and store it in the fridge before eating. 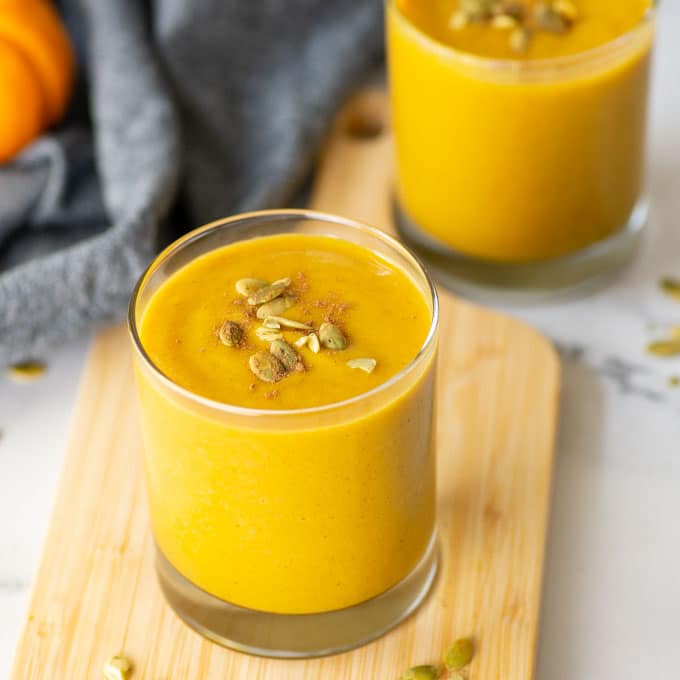 If you tried this vegan pumpkin smoothie, let me know in the comments below and share a photo using #mindfulavocado. I’d love to hear from you! Want to see more recipes? Let’s get social! CONNECT WITH ME on Facebook, Twitter, Instagram, or Pinterest to see what I’m currently cooking up! 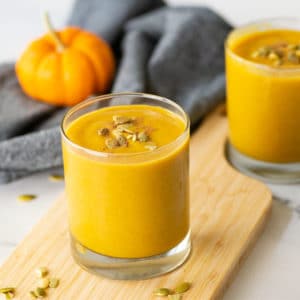